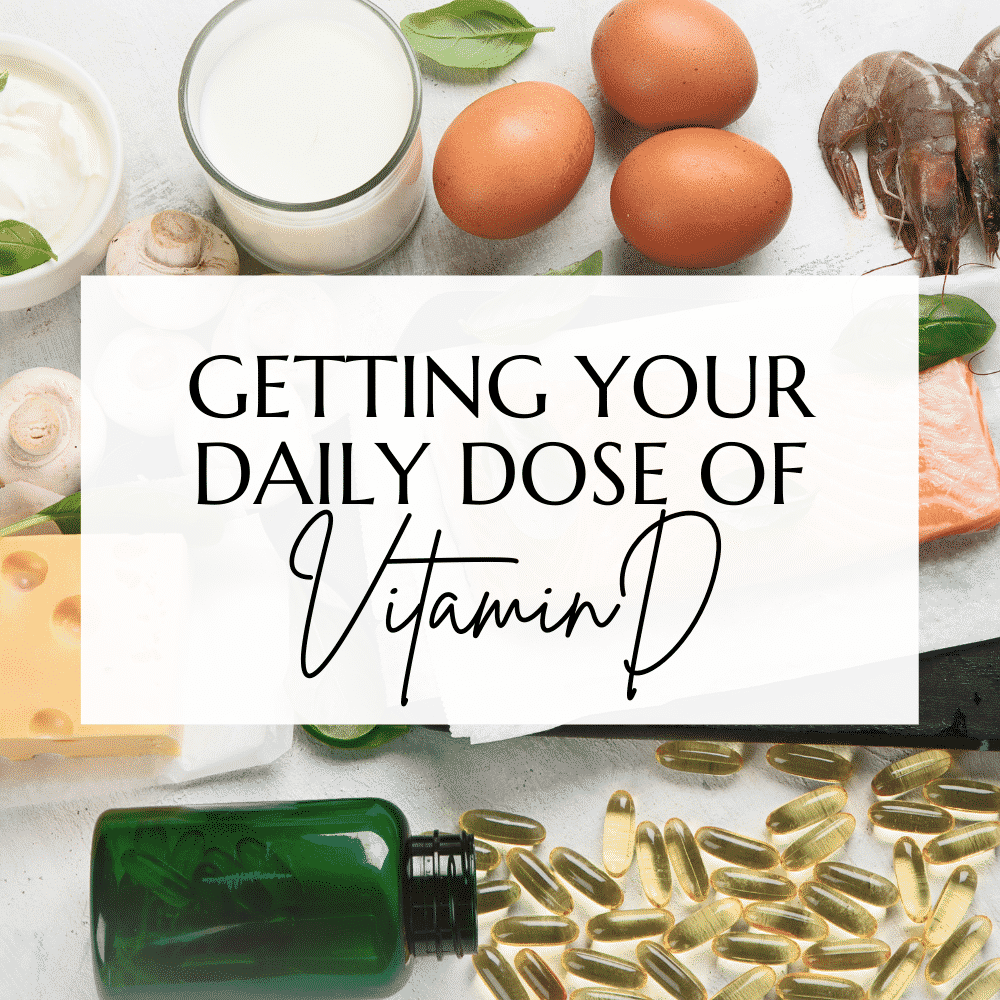 For those who live in the sunbelt that stretches across the southern part of the U.S., getting enough vitamin D may not be a big challenge. But in places that dole out sunshine in a somewhat miserly fashion, it’s easy to get shorted on the amount of this critical vitamin that your body needs.

Why is Vitamin D so important?

Perhaps the most important role vitamin D plays is helping your body absorb the calcium needed for strong bones. That’s according to people who know bones pretty well—the American Academy of Orthopedic Surgeons. As you age, calcium absorption becomes particularly critical in avoiding osteoporosis. That’s why doctors suggest taking both vitamin D and calcium as women enter their 40s and start becoming more prone to bone loss. In an article about vitamin D, WebMD notes that recent evidence links low levels of vitamin D to several diseases. These include the risk of type 1 diabetes, cancer, and other diseases.

But how do you get vitamin D from food?

In the U.S. and Canada, we’re used to assuming that vitamin D comes from milk. In reality, most of the milk that you drink in these countries has been fortified with vitamin D. According to Livestrong, that fortification process has been going on since 1933, so it’s no wonder that we just assume it’s a natural part of what milk offers. It seems like a solid pairing, though; by fortifying milk with vitamin D, it’s much easier for your body to absorb the calcium in milk.

The truth is, the best way to get vitamin D you need via food that hasn’t been fortified is by eating fish. The best source possible here is salmon! A single serving of salmon gives you more vitamin D than your recommended daily requirement. But tuna fish and sardines likewise provide healthy doses of it. Eggs and mushrooms provide vitamin D, but to a much lesser extent. In fact, eggs only provide it if the chicken that laid the egg was fed the vitamin.

The easiest way to get vitamin D by far is not through food, but through sunshine. Although, that only works in winter if you live in the southern latitudes, as I was sad to learn through this U.S. News and World Report article. The article further states that based on the level of pigment in your skin, you might need just a few minutes in the sun each day. If you’re fair-skinned, you only need a few minutes. (Without sunscreen.) Or, six times that if you are fairly dark-skinned. It’s important to get the vitamin D that you need!

While the sun did shine today, the weather report says next week holds many rainy days in store. Plus, I’m well up in the northern latitudes, so most likely the sun that I get only helps my body produce low levels of vitamin D. Fortunately, I just looked back to a recipe that I posted not quite a year ago. This Seared Salmon in a Creamy Butter Sauce which has vitamin D in the salmon! If it’s going to rain next week, then I guess I’ll have to get my vitamin D from this amazing, flavorful dinner rather than the sun.